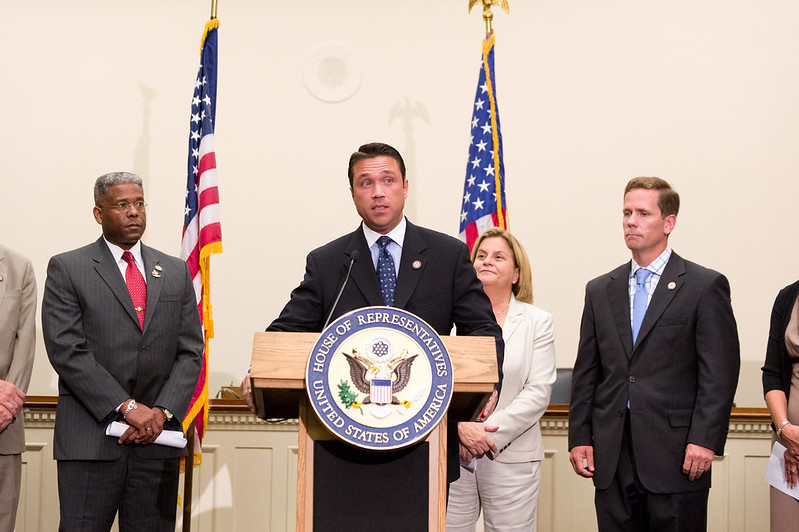 Grimm represented New York in the U.S. House of Representatives from 2011 to 2015, serving one term as the congressman from the 13th District before shifting to the 11th District for his second. He was elected to a third term in 2014 despite an ongoing criminal investigation and then resigned from Congress on Jan. 5, 2015, before he could be sworn in.

Probanski would like to see him back in Washington, D.C., representing the people who voted for him three times.

“I voted for him every chance I had,” Probanski told New York Business Daily. “He has a lot of support.”

In 2018, Grimm ran for the Republican nomination for the 11th District seat, but he was defeated soundly by Rep. Dan Donovan, who had won a 2015 special election to claim Grimm’s former seat. Probanski said she attended an “amazing rally“ for Grimm in that campaign and feels strongly that many New Yorkers still support him.

Donovan lost to Democrat Max Rose in the 2018 general election and Probanski said she wishes Grimm was running against Rose this year. But he did not file in the GOP primary and instead, former prosecutor Joe Caldarera and state Assemblywoman Nicole Malliotakis are competing for the Republican nomination.

The 11th District is located entirely in New York City and includes all of Staten Island and parts of southern Brooklyn.

Probanski said a lot of people have fond memories of Grimm, former U.S. Marine and FBI special agent who personally assisted people when their homes were damaged by Hurricane Sandy in 2012.

Grimm seemed to be on track for a bright future but in April 2014 he was charged with 20 federal counts, including perjury, federal tax evasion and fraud. Prosecutors said he hid hundreds of thousands of dollars in income from a Manhattan restaurant that he had invested in so he could avoid paying payroll, income and sales taxes. He also allegedly paid immigrants, some of them working illegally, in cash to keep their status secret.

In the end, it all came crashing down. Grimm pleaded guilty to one count of felony tax fraud and received an eight-month prison sentence. He was released after serving seven months.

Probanski has created a petition seeking a presidential pardon for Grimm. She said he lost his political career, his law license and his reputation, but she believes he deserves a fresh start.

Probanski said some people have advised her to wait until after the June 23 primary to collect signatures.

”Many have told me that they will be willing to help Grimm after Election Day," she said. "They are more focused on winning back the seat without controversy than helping Grimm even though they agree he got a raw deal and would be a better candidate.”

Probanski said she knows Grimm is down, but she is unwilling to count him out.